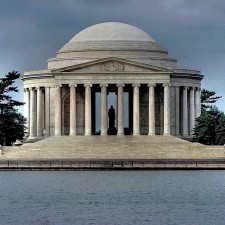 USAN Leads Demonstration Against Discrimination of Azerbaijanis in Iran

On Friday, February 22, community activists comprised of Azerbaijani-Americans, Iranian-Americans, Turkic-Americans and human rights supporters gathered in front of the U.S. Department of State to raise awareness of human rights violations perpetrated against Azerbaijanis living in Iran. 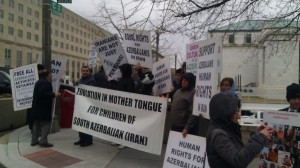 The group called on the State Department to take a more active role in pressuring Iran to protect the basic human rights of the 20-30 million ethnic Azerbaijanis living within its borders. According to organizations like Human Rights Watch, “The Iranian government restricts cultural and political activities among the country’s Azeri, Kurdish, and Arab minorities, including organizations that focus on social issues.” For example, The IRI refuses to grant the Azerbaijanis of Iran the basic rights of free access to education in their mother tongue, free and independent media in their language and free practice of their culture. Iran has also been known to have abducted, handed disproportionately heavy prison sentences, tortured in prison, and even murdered those who bring attention to these infractions.